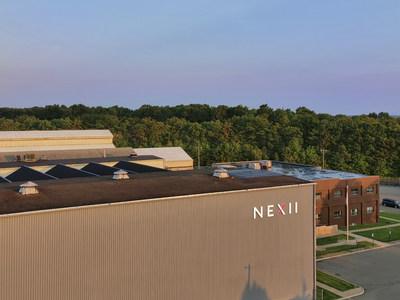 Nexii employees spread and leveled out the proprietary green building material, working quickly before the product began to set up.

Elsewhere inside the former Dorr-Oliver building in the city’s Heights section, workers custom-painted finished walls and cranes hoisted them onto trailers, ready for shipment to building sites.

The plant, operated by principals John Wolfington and Dan Metzler, of NEXUS-1 LLC, opened three months ago and employs just under 110 people, hiring more people each day as production increases.

Hazleton’s proximity to highways and interstates was one draw for the company, said Wolfington, who has worked in real estate development in northeastern Pennsylvania for the past 21 years.

Plus, the facility itself, a former steel fabrication plant, already had the infrastructure and equipment on site, he said.

“So the location and the factory layout worked very well for us,” Wolfington said, adding that the local community, CAN DO Inc. and the Governor’s Action Team were all supportive of the company locating in Hazleton. 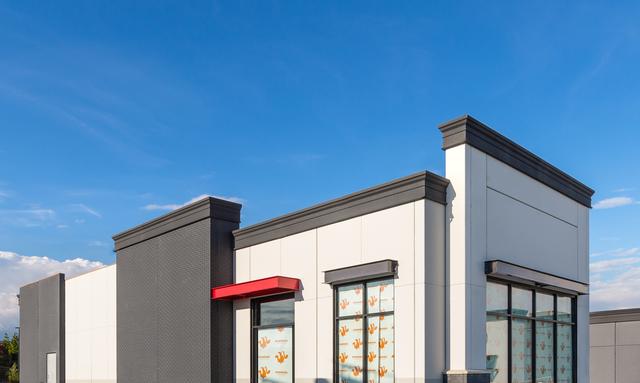 The company invested $20 million in the plant and getting ready for production, Wolfington said. The first building manufactured in Hazleton is being constructed right now in New York, he said.

“We have 25 buildings going up in the state of New York,” he said. “These will be public buildings and we have the first one going up right now. Plus, we have contracts to build multiple buildings locally.”

The Hazleton facility is capable of making 10-foot by 20-foot green building panels, as well as 12-foot by 40-foot panels that are sustainable, cost-efficient and resilient to natural disasters and climate change.

The panels are made from Nexiite, an alternative to concrete. Creating the panels is similar to pouring concrete, but curing time is much faster. Also, there are less carbon emissions, the panels are energy efficient, hold up to the elements and resist mold, mildew, rot and insects, Wolfington said.

“And it’s reusable,” he said. “All of the panels can be disassembled, repurposed and moved to other locations.”

The company has another production facility preparing to open in Commerce, Texas, and continues to look for more sites, Wolfington said, but right now the focus is on Hazleton.

“We’re thrilled that Nexii’s first unveiling in the United States is in Hazleton, a community that has proudly played an integral role in America’s manufacturing heritage,” said Nexii CEO Stephen Sidwell in a news release this week.

“Nexii Hazleton will be a model of innovation, determination and the future of sustainable construction as we continue working with communities that are similarly moving away from industries like coal and steel,” he said.