TROUT RUN — Four employees escaped with their lives Thursday afternoon when the main roof of a large truck repair and storage building suddenly started to collapse, according to fire officials.

“The employees —three men and a woman — heard noises and ran out of the building,” he said.

The building is about 2 miles south of Trout Run in Lewis Township.

About 75% of the building’s roof came down, O’Brien said, adding that the collapsed area was about 120 feet wide by 250 feet long.

There are multiple dump trucks, a box trailer, three to four truck tractors, a roller and a mini excavator all under the collapsed roof, the fire captain said.

“Numerous walls buckled because of the pressure caused by the collapse. The building is not habitable,” O’Brien said. 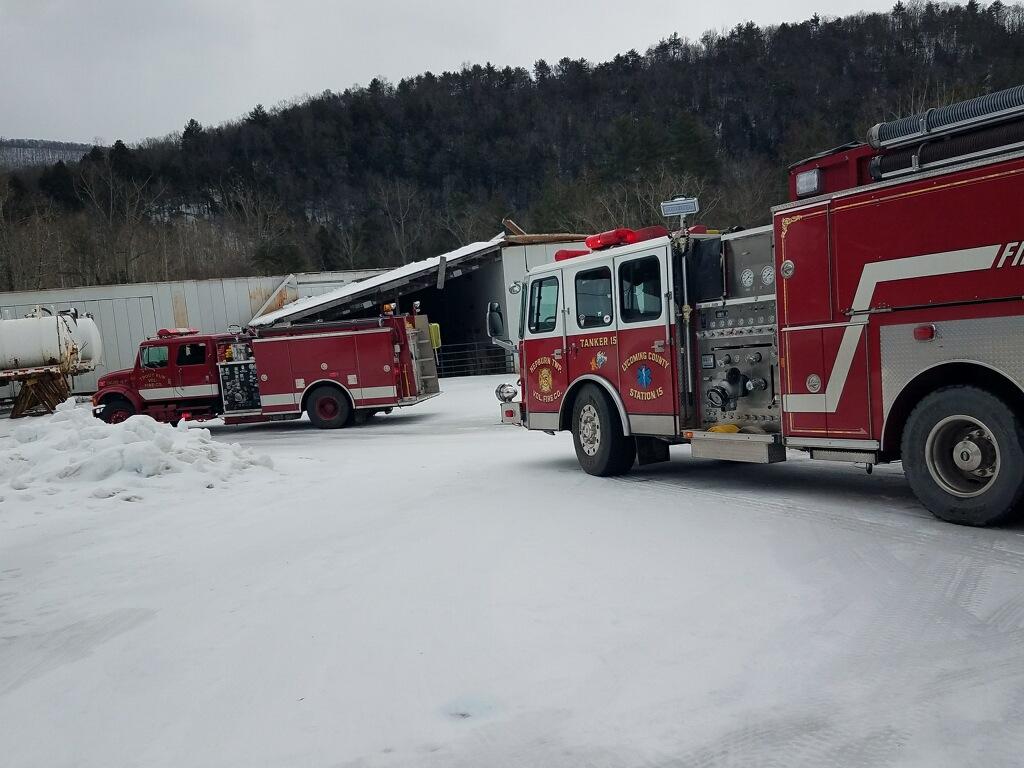 “This was the company’s truck repair shop and storage facility, where they stored their fleet of vehicles,” he explained.

Efforts to speak with a company representative at the scene were unsuccessful.

The offices of North East Oil and Gas are located in a separate building near the storage facility.

Operations at the site have for the most part been suspended.

It was unknown what caused the collapse, O’Brien said, adding that snow and ice on the roof may have been a contributing factor.

Today's breaking news and more in your inbox

I'm interested in (please check all that apply) Are you a paying subscriber to the newspaper?*