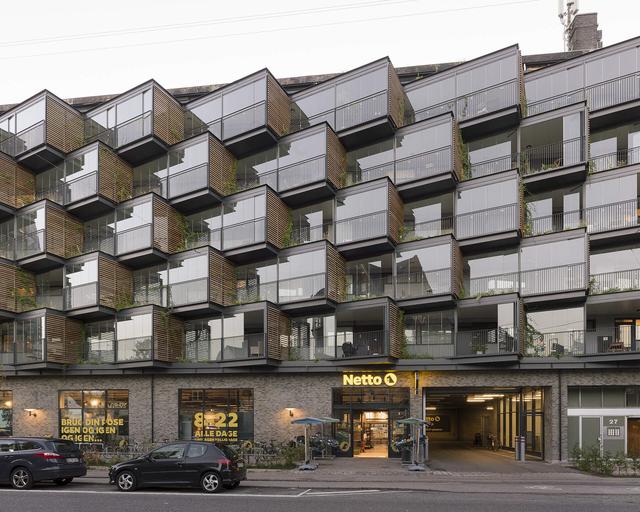 "If we want to achieve a sustainable future, we cannot rely on only building sustainable buildings going forward. We need to have a visionary method of transforming and adapting existing buildings to meet our changing needs," states the opening of an official release on this radical refurbishment project by Danish architects Christopher Carlsen and Morten Bang. Headquartered in Copenhagen, Denmark, the architectural practice makes an interesting case that questions building anew altogether, a paradigm that has been lent several arguments for both sides by numerous architectural practices from around the world. At the current rate of building and resultant environmental consumption, it may be true that the actual act of sustainability may very well be ensconced in innovatively upkeeping what we have, rather than constructing more. Yet still, the eastern and middle eastern parts are at the helm of a decade-long, still ongoing, construction boom. It is the same argument that is the herald for architecture’s response to the climate crisis - carbon neutral vis-a-vis carbon negative. Sustaining alone may not be enough. In the same light, small interventions akin to Ørsted Gardens are a pleasant parable.

Aiming to improve the visual and social environment for visitors and residents by the way of elevating a generic renovation process, Ørsted Gardens sought to transform a dilapidated building that was often referred to be "among the ugliest in the neighbourhood". The original structure, a relatively austere apartment complex with a simplistic facade, was erected in the 60s - an era of fascination with the industrial style of building, and efficiency in Danish architecture and construction methods. The near brutalist edifice aged rather perilously, necessitating the need for an adaptive reuse approach that didn’t only look at improving the quality of living for the building’s residents, but also enlivening the character of a particularly busy street.

The extensive facial upliftment of the structure began with ordinary facade renovation aimed at preventing water from damaging the concrete balconies, slowly subsuming the form of a complex social and sustainable exercise as the scope of the project grew. The intervention then lends new meaning to the apartment complex’s semi-private spaces and access corridors, through the addition of a series of triangular bays on the outer facia of the building. These bays double up as semi private decks for the residents on the inside, providing a dynamic, rhythmic repetition on the outside. Along with being a comprehensive facade design exercise, the intervention aims at "bolstering the social coherence in the building".

The semi-private balconies - triangular extensions to an undulating, linear passageway - prove to be opportune spots for sitting out and chance meetings between residents. Interestingly enough, the right angled triangle that constitutes each semi-private balcony has its hypotenuse facing outward, in effect increasing the overall 'length' of the utilisable balconies for residents.

A close look at the plan further reveals interesting details on the balconies' functioning, and how the intervention does more than just space addition and cosmetic redefinition. Each of the bays comprises a wooden decked sit-out space that is abutted by an orthogonally placed garden, wherein residents are encouraged to grow their own plants and vegetables, inspiring a sense of ownership. The green patch extends onto the terrace of an alternately placed bay below in an act of merging the limited exterior and interior space. While the sharper corner of the triangular bay may be construed as a smaller internal green patch, its rectangular extension on the exterior provides much needed “greening” to the facade.

The two are further divided by a folding glass assemblage that may be adjusted according to seasons or the level of exposure to the street the residents desire. Rounding out the selective materiality are sturdy structural supports in darkly tinted steel that lend rigidity and stability to the entire tessellated assembly, and wooden slats on the posterior end of the bays that add a warm contrast, along with enabling the growth of climbers and vines.

On the holistic social aspects of the refurbished structure, the architects state, "It has transformed the way residents live in the building. Front doors are now open and kids roam the new space, visiting neighbours, creating a lively urban space on the side of the building rather than the bleak access way that was there before." 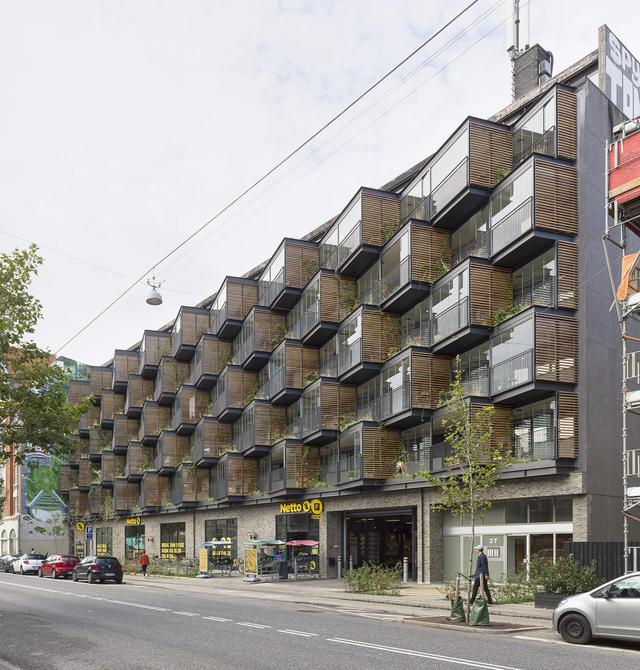 As a writer, Anmol channels his interests into lucid pieces on sensitive, remarkable architecture and global design. He is an architect by education with over three years of multidisciplinary work experience in the fields of core and allied architecture, design and content curation, coupled with an avid love for the cinematic medium and graphic novel.

As a writer, Anmol channels his interests into lucid pieces on sensitive, remarkable architecture and global design. He is an architect by education with over three years of multidisciplinary work experience in the fields of core and allied architecture, design and content curation, coupled with an avid love for the cinematic medium and graphic novel.