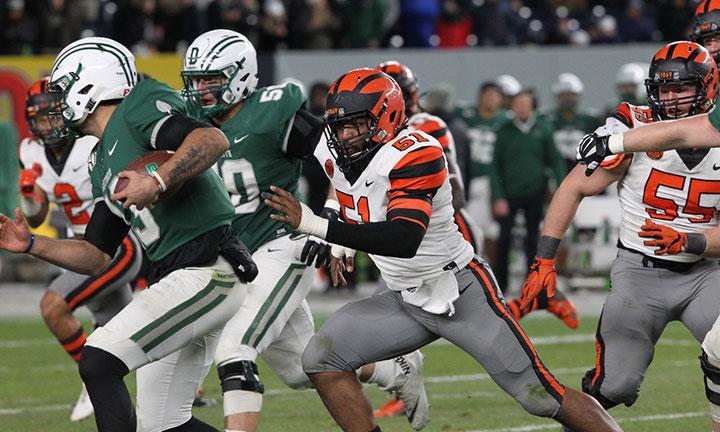 Dartmouth lost to Brown 70-56 in the team's last action on Tuesday. Allie Harland's team-high 14 points weren't enough in the loss.

Julia Cunningham helped lead Princeton to a 57-39 win over Columbia on Saturday, scoring 19 points in the matchup.

Dartmouth enters Saturday's matchup scoring an average of 46 points per game, 5.8 fewer than the 51.8 Princeton gives up per contest. The Big Green have not reached the 52-point threshold in a game this season.

The Big Green are turning the ball over fewer times than their opponents this season, forcing 14.8 takeaways per game while only giving the basketball away 18.8 times a contest. Princeton is 5-3 this season in games they commit more than 15 turnovers.

The Tigers score 66.5 per game, 4.3 more than Dartmouth allows per contest. Princeton has not reached the 62-point threshold this season.

Led by Ellie Mitchell's 3.9 offensive rebounds a game, the Tigers have crashed the offensive glass well this season, averaging 13.7 per game. That total is best in the Ivy League.

Dartmouth's three-point shooting efforts are led by Katie Douglas, who averages 1.2 made three-pointers per game while hitting 28 percent of her shots from beyond the arc.

Abby Meyers paces the Princeton's scoring effort, averaging 17.4 points and 6.2 rebounds per game. Kaitlyn Chen is the team's best passer, dishing out 3.0 assists to go with 8.3 points per game. The Tigers' leading rebounder is Mitchell, who grabs 10.1 boards per game in addition to averaging 6.6 points.

Meyers leads the charge shooting the basketball for Princeton, making 39 percent of her shots from beyond the arc while averaging 2.2 makes per game from three-point land.