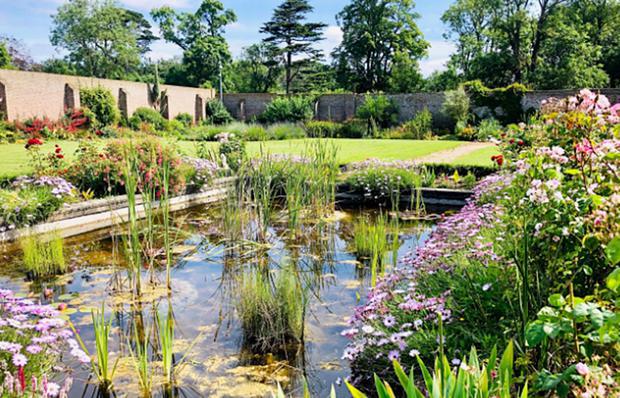 A park in Santry has been voted as one of the top 10 Green Flag parks in the world.

Santry Demesne Community Garden is holding its own with the best green spaces from sixteen countries across the globe.

The award winning community garden is run by volunteers by Fingal County Council and has won an impressive 8 Green Flag awards in 2021.

The garden is surrounded by old walls within the wider park of Santry Demesne, which also picked up a Green Flag in 2017.

The competition results were announced today after more public votes were cast than ever before.

The votes were cast on social media, with points going for parks that exceed tough environmental standards in green space management and excel in terms of visitor attractions.

Santry saw off some stiff competition and has put Dublin up there with the best of the best.

Here are the other parks that have topped the tables:

This year's competition saw members of the public get more vocal about their local parks.

Covid-19 brought attention to the importance of green spaces in towns and villages around the world.

Green Flag Award Manager for the Republic of Ireland, Robert Moss said that Santry Community Garden is a vital amenity for those that live in nearby flats.

He said: "Santry Community Garden is now well established, having been in operation for over 10 years. It serves many people within the local community who live within apartment complex developments surrounding the wider park.

"It is partly for this reason that it has attracted so many votes … because it is such an important amenity for these residents.

"Also of significance is the fact that the 2021 season is now the fourth year in a row for which Ireland has seen one of its parks and gardens voted to be among the best in the World, as part of this public vote."

To get the latest breaking news straight to your inbox, sign up for our free newsletter.