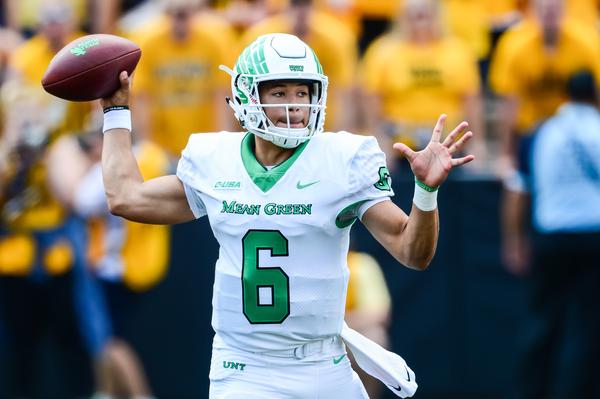 "Mike has done a fantastic job directing our offense the last two seasons. It was clear to me that he is the best person to lead our quarterback room, and I look forward to seeing the growth of that position group in the coming months," Littrell said. "Randy is a coach I have known and admired for a long time, and I am excited that we have added a mentor and teacher of his caliber to our program. I know he will do a tremendous job continuing to develop our offensive line, and his history with Mike makes for an easy transition."

Bloesch, who joined the UNT staff as offensive coordinator and offensive line coach in 2020. In his first season, he helped guide the Mean Green to the eighth-ranked total offense in the nation, averaging 513.2 yards per game, As UNT's play-caller in 2021, he led one of the top rushing offenses in the country that finished the season ranked No. 5 nationally (234.08 ypg).

Under his leadership the Mean Green's offensive line allowed only 15 sacks in 13 games during the 2021 season, the eighth-lowest total in the nation. Prior to his move to Denton, Bloesch served five seasons as the offensive line coach at Tulsa.

Clements comes to UNT following a long career as one of the top offensive line coaches in the country. From 2010-20, he was part of nine offenses that ranked among the top 13 in the country including three straight No. 1 ranked units from 2013-15 at Baylor.

Notably, he served as Bloesch's position coach at Houston from 2005-07.

Clements most recently served as run game coordinator/offensive line coach at Ole Miss in 2020. While in Oxford, the Rebels paced the SEC in total offense (555.5 ypg) and broke the conference record for total offense in conference play (562.4 ypg). 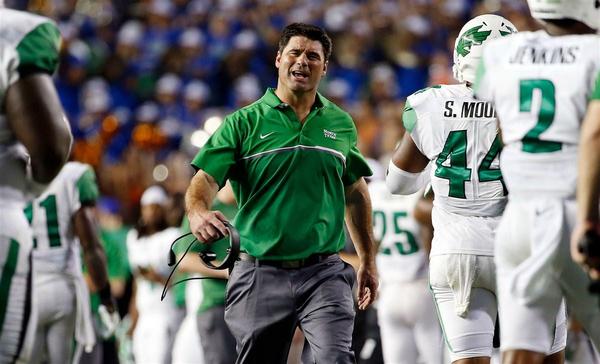 He was offensive line coach at Florida State in 2019 and completed a one-year, second stint at Houston in 2019. That season UH averaged 43.9 points per game, ranking fifth in the nation, and 512.3 yards of total offense, the seventh-highest total in FBS. He spent 2017 at NAIA Southeastern University leading the offensive line as the unit scored 55.1 ppg and averaged 557.4 ypg.

A native of Wichita Falls, Texas, he served as offensive line coach at Baylor from 2008-16, holding the co-offensive coordinator title from 2008-11 and serving as run game coordinator from 2012-16. He produced the Big 12's Offensive Lineman of the Year four straight seasons from 2012-15.

Clements helped elevate the Baylor program to historic heights, including back-to-back Big 12 championships, behind a record-setting offense. While with the Bears, he coached linemen who earned a combined 13 All-Big 12 accolades and six All-America recognitions, including three unanimous selections.

The Bears led the nation in both total offense and scoring for three consecutive years from 2013-15, becoming only the second team in FBS history to accomplish that feat and the first since BYU from 1979-81.

Clements went to Houston after 12 highly successful seasons at Stephenville (Texas) High School, where he served as offensive coordinator, offensive line coach and head power lifting coach. After earning All-Conference honors at Tyler Junior College, Clements transferred to Stephen F. Austin where he played on the Lumberjacks' 1988 team which went 10-2 and reached the I-AA quarterfinals. He began his coaching career at SFA as a student assistant (1986-87) and then later received his bachelor's degree in education from SFA in 1989.

He and his wife, Polly, have two children, Jordan and Jayson.