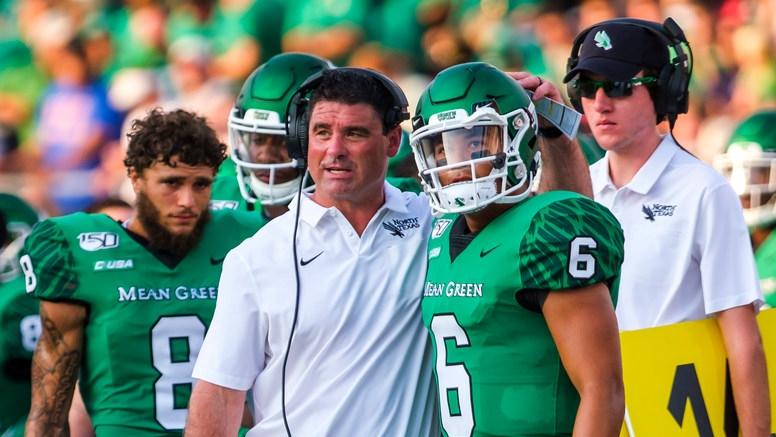 Coming off of a recovered 2021 season with five straight wins and a bowl appearance, the North Texas Mean Green are poising themselves to have a breakout season in 2022.Head coach Seth Littrell was busy this past week working the recruiting pipeline and adding more young players to the Mean Green family for the upcoming season.

With spring practices set to start in less than a month, excitement and anticipation is building around the North Texas football program.The Mean Green didn’t have to look too far to find five top notch signees and stayed entirely in the state of Texas to find the newest members of the February Signing Day class.Three of the players hail from the DFW metroplex and two from the Houston area; four of the signees are coming straight out of high school while one is a JUCO transfer.Seth Littrell and his staff were able to fill out three defensive players and two on the offensive side of the ball. 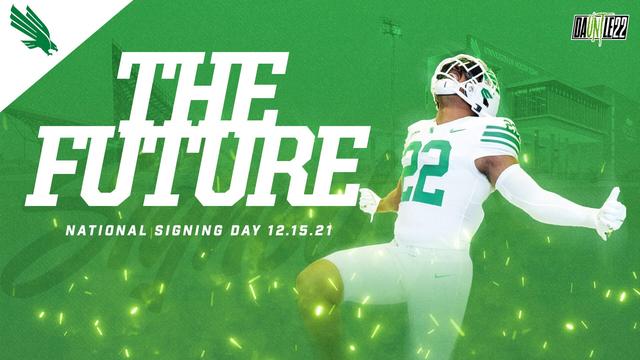 In modern football, it takes big men blocking up front to have any chance of offensive success and North Texas found some big young men who could potentially help this upcoming season.Samora Ezekiel is a 6’5″, 285 pounder out of Forth Worth Paschal HS.Ezekiel earned first team All-District honors this past season and registered 30 “pancake” blocks while working the O line.Ezekiel chose UNT over Tulsa and should be ready to make his name known in the O line room come spring practice.Joining Ezekiel on the O line will be Howard Sampson out of Humble HS.Sampson will be an immediate presence with his 6’7″, 325 pound stature and the second team All-District player should also be ready to make a quick contribution to helping block in the Mean Green offensive schemes.Sampson selected North Texas over Texas State and Texas Tech;again another recruiting victory for Seth Littrell and his staff in getting this young player to choose UNT over other in-state programs.

On the defensive side of the ball, the Mean Green added two defensive backs and a JUCO transfer D lineman to the 2022 class.DB Moh Bilitiy, a tall 6’2″, 183 pounder should make his presence known by spring practice in the secondary room (Moh is short for Mohammed by the way.)The North Dallas HS recruit helped his high school make it to the playoffs for the first time since 1952 and the three star recruit not only garnered first team All-District honors in football but was a district champion in the 110M hurdles in 2021 as well.Bilitiy selected UNT over Rice so he will be staying in more comfortable and local confines.Another DB addition to the Mean Green is WR/S Patrick Smith.Smith is 5’9″ and 178 pounds and plays on all three phases of the game and should quickly develop into an all-purpose weapon at North Texas.Coming out Fort Bend Clements HS in Sugarland, TX, Smith helped his school to their first playoff appearance since 2007 this past season.Defensively, Smith racked up 62 tackles, seven pass breakups, two forced fumbles, a fumble recovery and two INT’s.Offensively, Smith hauled in 49 receptions for 890 yards and ten TD’s and he also had two kickoff returns brought back for TD’s as well.Smith decided to stay in-state and chose UNT over San Diego State, Air Force and Army.Rounding out the defensive recruit signings this past week is JUCO transfer DL Kaghen Roach.Roach played this past year at Blinn College after playing in 2020 at Army.Roach came out of high school as a three star recruit and will continue his playing career at North Texas after signing with the Mean Green despite offers from TCU and UTEP.