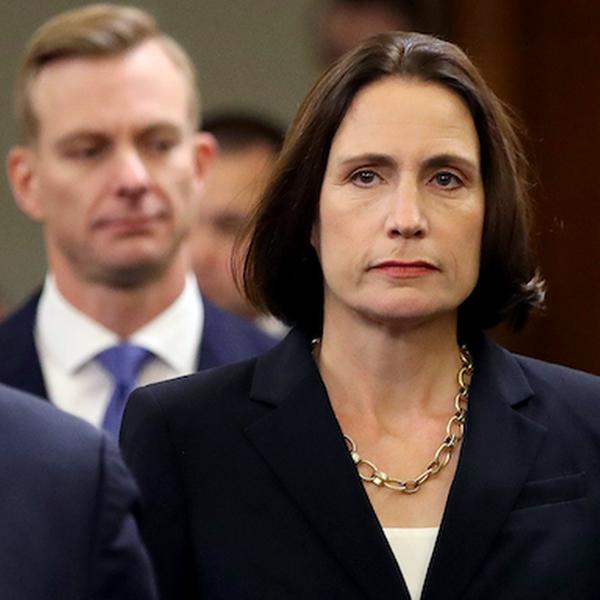 A White House intelligence expert recalled being groped while she worked as waitress while studying at St Andrews University - where toff students believed she was sleeping with a lecturer due to her top grades.

Dr Fiona Hill, 56, a veteran intelligence expert who shot to prominence after her testimony during the first impeachment of Donald Trump, said she was touched inappropriately while working at St Andrews prestigious Royal and Ancient Golf Club, only for her manager to threaten to blacklist her after she made a complaint.

The former senior director in the US National Security Council also said she was regarded as a "performing seal" by some of her well-off peers at university, with one even accusing her of sleeping with her tutor after she excelled in her studies.

Dr Hill was born into a coal mining family in County Durham, and went on to become a leading expert on Russian foreign policy, serving under George W. Bush, Barack Obama, and latterly, Trump.

She made headlines the world over when, in November 2019, she told the impeachment inquiry that Trump had disregarded senior advisors and pushed a false theory that Ukraine had meddled in the 2016 US election, and received multiple death threats.

Dr Hill studied Russian and modern history at St Andrews, describing it as an "exhilarating" and "completely transformational" experience which put her "on my life's path" in the mid-80s, in her new memoirs, There is Nothing for You Here: Finding Opportunity in the Twenty-First Century.

She described it as a "bubble of advantage and privilege", where peers included relatives of the Queen and children of government ministers - and recalled being described to her face as a "common northerner."

Dr Hill wrote: "For some of my classmates, I was a working class kid from the lowest rung of the British class system, who had seemingly ended up there by accident."

She recalled how a classmate accused her of sleeping with a tutor after she received a commendation for an essay.

Dr Hill recalled she was asked: "How could you have done so well? You're just a common northerner."

That flashpoint, and others, Dr Hill said, spurred her on to "keep on doing better," despite the fact she felt burdened by an "acute case of imposter syndrome", having missed out on the preparatory work undertaken by those students who had attended private school.

She got a waitressing job at the bar and restaurant at the town's historic golf club, only for it to turn into a "one day stint".

Dr Hill wrote: "One old golfer stuck his hand up the back of my skirt and into my underwear as I bent down with his glass of single malt. 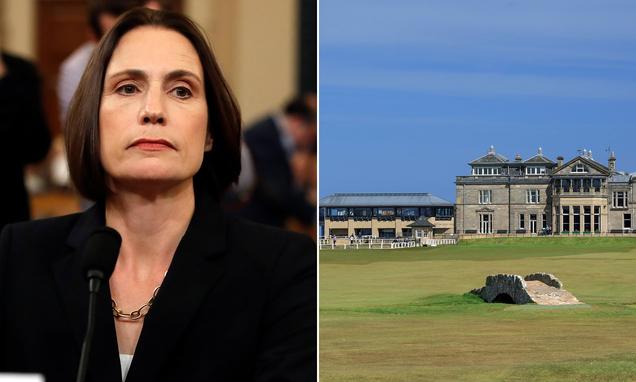 "I reflexively elbowed him in the face and was ordered out.

"When I complained about what he had done, the bar manager offered to speak to the other places I worked in St Andrews to make sure I wouldn't have another job in town.

"He would also deny it if I reported it to the university, which had no official connection to the golf club apart from proximity."

Elsewhere, Dr Hill's book, which paints a less than flattering picture of Trump, claims the disgraced former president "obsessed" about his trip to the UK in the summer of 2018.

Although it was officially deemed a working visit, she said Trump insisted it was a "state visit" with "all the bells and whistles," and that he used every encounter with then prime minister Theresa May and British officials to "drop not-so-subtle hints" and talk of his desire to play golf at his Turnberry resort in South Ayrshire.

Dr Hill wrote: "May and her colleagues would pretend not to understand the conversational thrust and change the subject.

"Behind the scenes they made it clear to us that the president's visit would be a huge political headache for them."

Dr Hill, now a senior fellow at the Washington DC based Brookings Institution, also alleges loyalists in the Trump White House took to referring to her as the "Russia bitch," and that Trump himself would frequently berate and belittle female aides, including senior women, in front of their male counterparts.

She added: "From his staff and everyone who came into his orbit, Trump demanded constant attention and adulation.

"The president's vanity and fragile self-esteem were a point of acute vulnerability.

"He was a liability to himself and the country - a clear security or counter-intelligence risk."

Since the book's publication earlier this month, Mr Trump has hit out at Dr Hill, describing her as a "deep state stiff with a nice accent" who was "terrible at her job."

There is Nothing for You Here: Finding Opportunity in the Twenty-First Century is published by Mariner Books.